McDonald’s made a big announcement on ‘Tuesday’ saying it will use fresh beef in their quarter pounder and signature crafted sandwiches in the continental U.S.,  prompting their rival Wendys to go on a roast war. 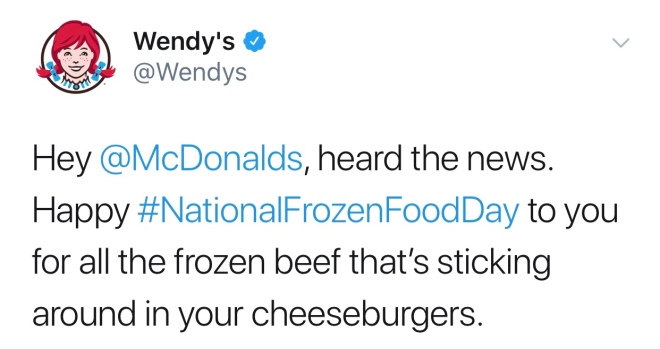 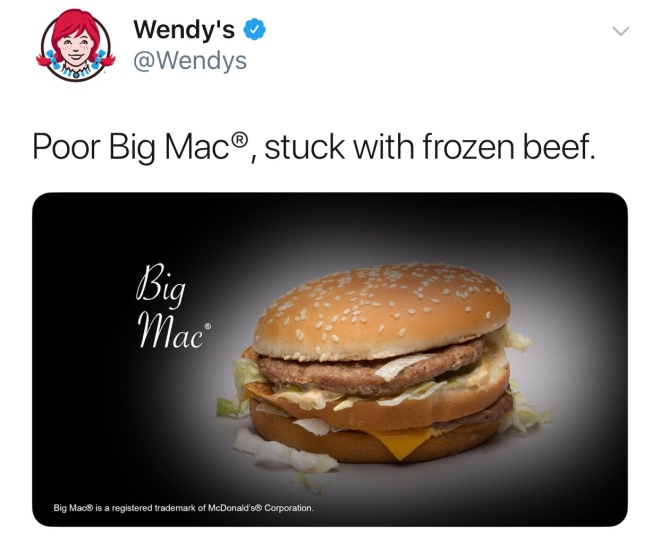 Wendy’s has for many years boasted its beef are never frozen, and that’s what sets them apart from their competitors. So, after McDonald’s announced they will start offering fresh beef in its Quarter Pounders and Signature crafted sandwiches at it’s U.S. restaurants, Wendy’s went on tweeting series, highlighting McDonald’s burgers which actually looked really sad 😂😂 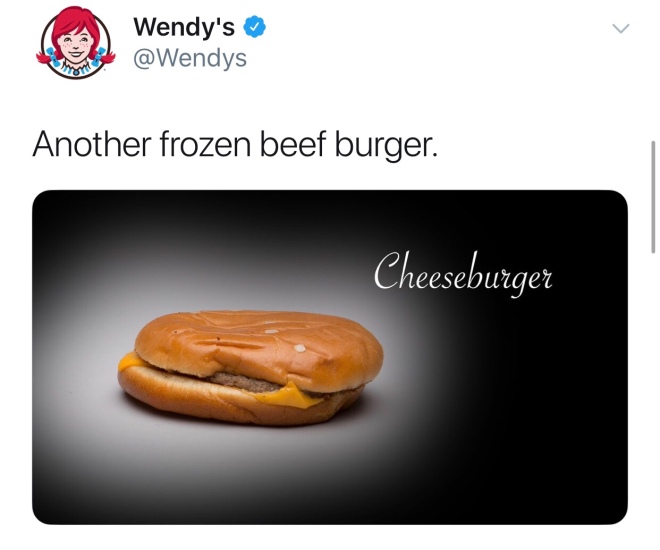 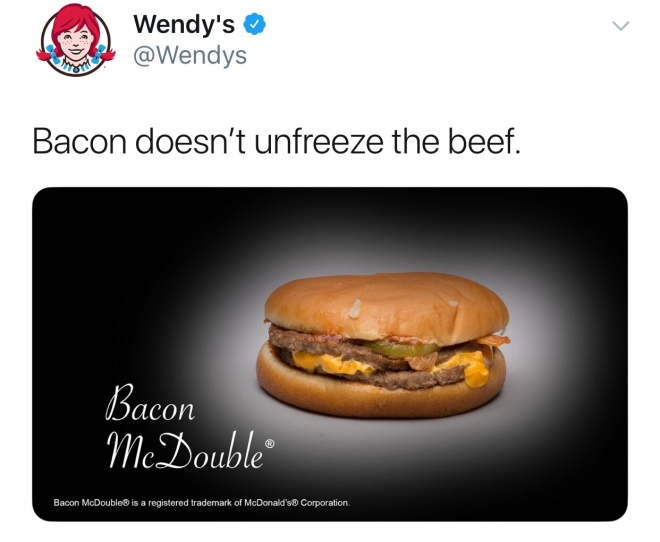